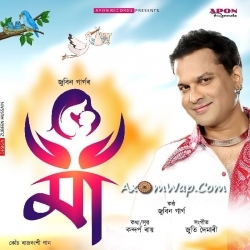 Other Song Details:
Author : Kandarpa Roy
Composer : Juty Daimari
Duration : 5:39 Language(s) : Bengali
Listen to Zubeen Garg Maa MP3 song. Maa song from the album Latest Bengali Songs 2022 is released on 15 Aug, 2022 . The duration of song is 5:39. This song is sung by Zubeen Garg.
FAQs for Maa
When was Maa released ?

Who is the Artist of Maa ?

Maa is sung by Zubeen Garg.

What is the playtime duration of the album Maa ?

The total playtime duration of Maa is 5:39 minutes.

How can I download songs from the album Maa ?

All songs from Maa can be downloaded on AxomWap.com